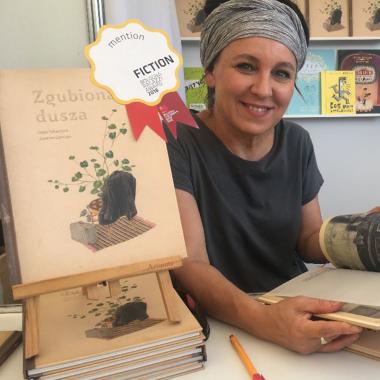 Olga Tokarczuk (1962) is one of the most critically acclaimed and commercially successful Polish writers of her generation. In 2018 she won The International Man-Booker Prize, in 2009 and in 2015 she received Poland’s highest literary honour, the Nike (and the Nike Readers’ Prize). Tokarczuk also received the international Brueckepreis and the prestigious annual literary award from Poland's Ministry of Culture and National Heritage. She is the author of eight novels, two short story collections. The Lost Soul – the first book by Tokarczuk written for both: children and adults, illustrated by Joanna Concejo - has been awarded with the Special Mention of the Bologna Ragazzi Award in 2018. Tokarczuk has been translated into a dozen languages.