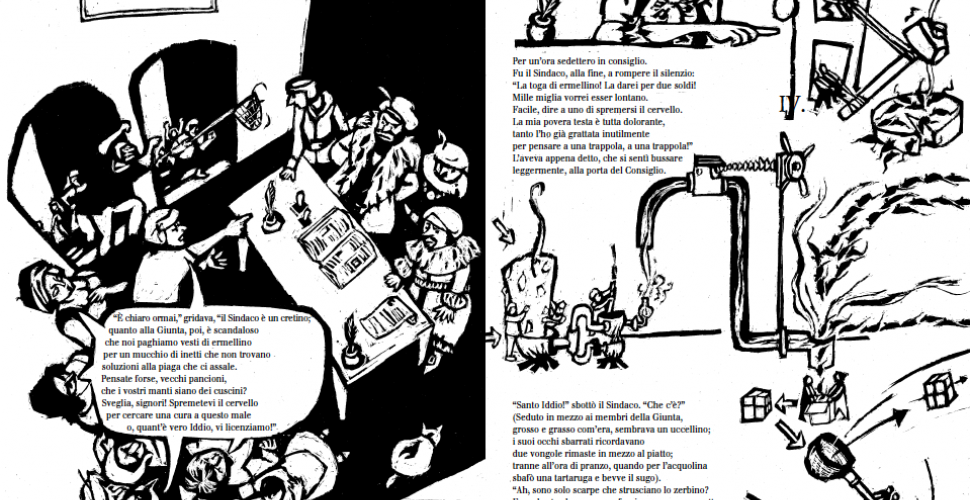 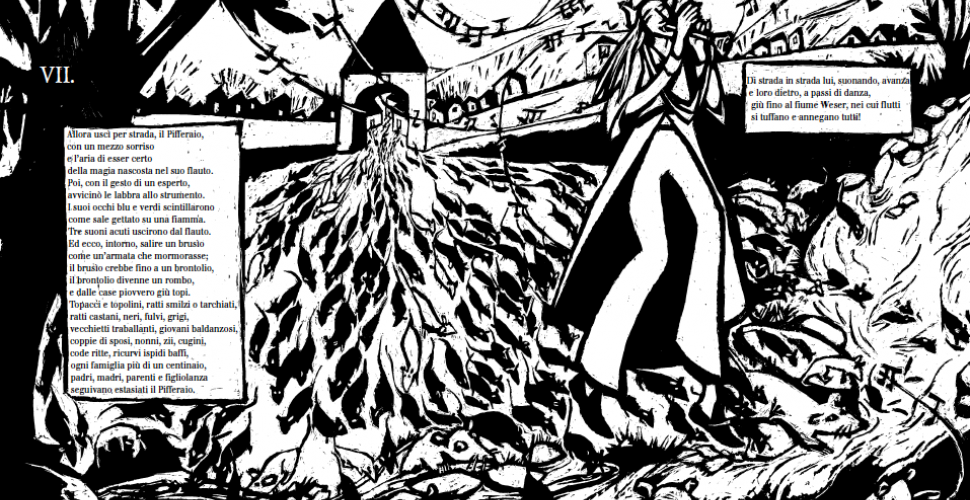 The pied-piper of Hamelin 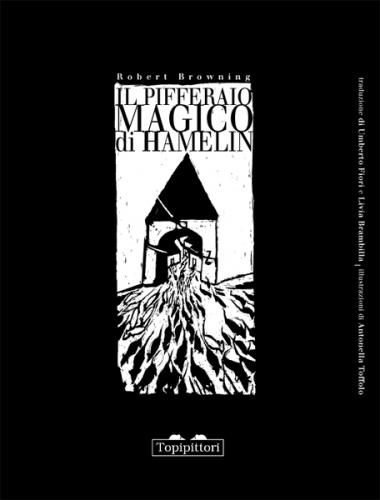 In 1842, the celebrated English poet Robert Browning put in verses the XIII century legend of the pied piper of Hamelin. He did so to comfort and amuse the son of his agent, who was in hospital and wanted something to read and illustrate. The result was an unknown masterpiece, dense with magic and music, as fascinating as the notes the pied piper plays to enchant both mice and children. And as fascintaing as the strong, dramatic woodcuts by Antonella Toffolo, reminiscent of the Blaue Reiter movement and the German expressionism.
[Text in Italian] 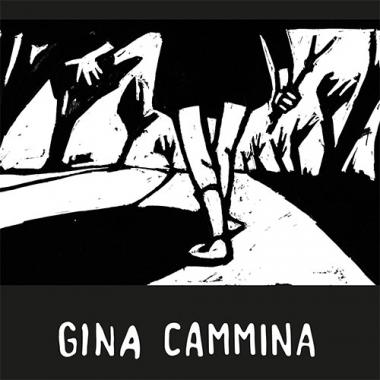 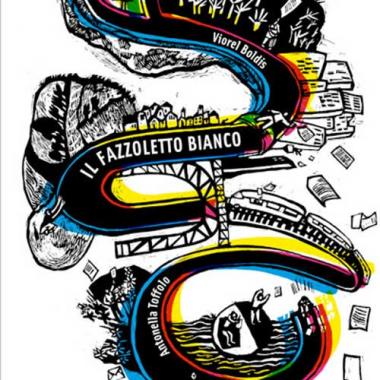